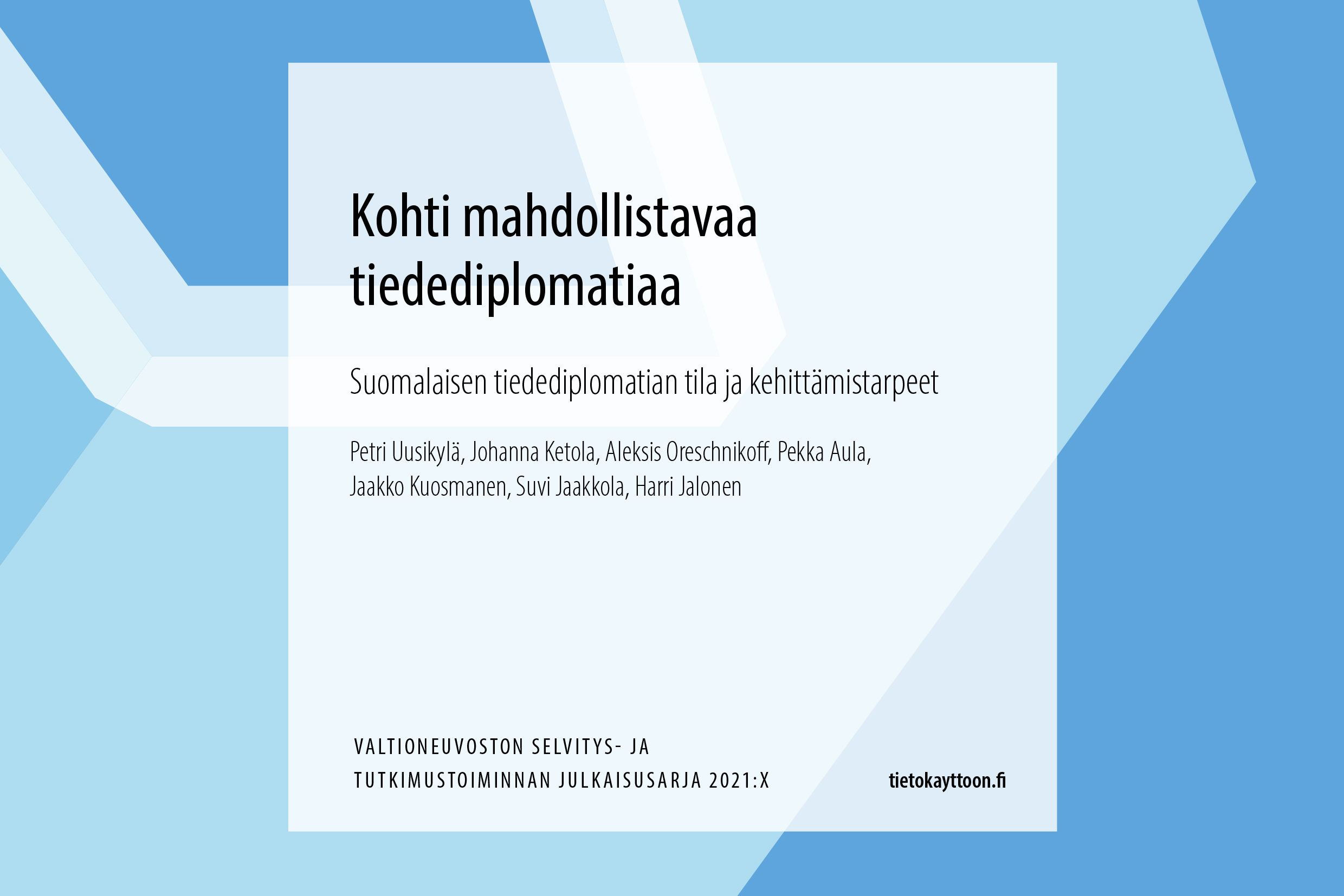 To evaluate Finnish science diplomacy, the project collected data through an expert survey, a series of interviews and two workshops gathering both government representatives and members of the research community. The report identifies current challenges and discusses the potential of anticipatory approaches to developing strategic actorness. The report concludes with ten recommendations for strengthening science diplomacy in Finland.

“Good science diplomacy is a prerequisite for effective, national science advice. This way the most topical and best international research can also be utilized nationally”, sums up Jaakko Kuosmanen, Academy Secretary from the Sofi – Science advice initiative of Finland, coordinated by the Finnish Academy of Science and Letters.

Science diplomacy is also a way for Finland to operate larger than its size. In particular, international cooperation on climate change management and the achievement of sustainable development goals are important themes. However, scientific diplomacy must be clear among national actors in order for international influence to be seen credible.

“The goals to be achieved through science diplomacy require networking and an understanding of global ‘hypercompetition’. Small countries compete for strategic effectiveness, which arises from identifying their own strengths and then investing in them”, explains Johanna Ketola, an expert from Finnish Academy of Science and Letters for this project.

Working in the field of science diplomacy comes naturally to the Finnish Academy of Science and Letters. “The members of the Academy have promoted the cause really since the establishment. Already in the early days of the Finnish independence, members of the Academy included people who did diplomatic work and built relations abroad for the newborn state. Researchers are often at least part-time diplomats working in their international networks”, says Pekka Aula, Secretary General of the Academy.

The report presents ten recommendations for the development of Finnish science diplomacy:

The publication is part of the implementation of the Government Plan for Analysis, Assessment and Research. The interviewees in this press release are all authors of the report.

Pekka Aula, Secretary General, Finnish Academy of Science and Letters. Phone: +358407030952 Email: This email address is being protected from spambots. You need JavaScript enabled to view it.

Report: Towards an Enabling Science Diplomacy (the abstract available in English on page 5)