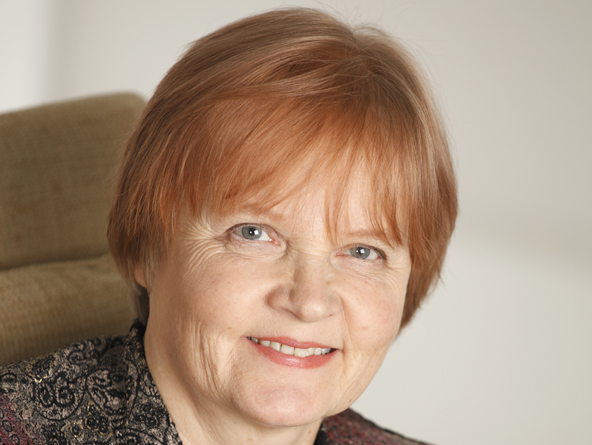 The award is the most prestigious recognition of the Finnish Academy of Science and Letters, and it is granted to a particularly distinguished member for their scientific work.

Academician Riitta Hari became fascinated by the brain as a teenager after reading a book on the subject. When she started her medical studies, she immediately headed towards a lecture on the brain. She defended her doctoral dissertation in 1980. At about the same time, Academician Olli Lounasmaa, the creator of Finnish low-temperature physics, called Hari and offered her an opportunity to conduct brain research at the Low Temperature Laboratory of the Helsinki University of Technology in Otaniemi. Hari seized the opportunity, but only after making sure that she would have something to fall back on: she started in Otaniemi after first graduating as a specialist of clinical neurophysiology, receiving a permanent post in the hospital, and acquiring her own independent funding. She was in charge of the Brain Research Unit of the Low Temperature Laboratory from 1982 to 2016.

‘The development of our brain research method required top expertise in low temperature physics, as sensitive measuring sensors are cooled to almost absolute zero (-273 °C). There was no need to go abroad as a researcher because we were leading the way in our own field of research in Finland. A constant flow of foreign researchers was headed in our direction’, says Riitta Hari.

At the beginning, only a single channel device was used to find out how external stimuli activated the brain. Most of brain was left in the dark.

‘The research methods and content developed hand in hand. As a brain researcher, I was thinking about new experimental set-ups, and how we could achieve reliable results despite the limited technology. Good results convinced the sponsors and inspired the physicists in our research group to develop even better measuring devices. I was a physician amongst engineers and physicists, far out of my comfort zone, which was exceptional at that time. Our cooperation worked wonderfully because we were within shouting distance of each other.’

Over the years, the measuring equipment developed to cover the entire head. At the same time, Hari and her team studied extensively the functioning of different sensory systems, moving gradually towards more natural experimental set-ups. The aim was to understand how the brain works in the real life that we live in, not just in the artificial conditions of a research laboratory.

The imaging method used and developed by Riitta Hari and her co-workers is magnetocephalography (MEG), which measures weak magnetic fields in the brain to an accuracy of a millisecond. MEG provides information on how and where the brain is activated in different situations. An imaging method complementing MEG is the widely used functional magnetic resonance imaging (fMRI) which displays the active brain regions accurately but is poor in terms of timing accuracy. In order to understand how the human brain works, it is necessary to combine these methods that provide accuracy both in space and time.

‘Instead of studying one brain, the brains of two people interacting with each other are studied simultaneously. Interaction is a central part of human life, and it does not exist if there is only one person present.’

In addition to studying social interaction, Hari has recently published scientific articles on issues such as social anxiety and speech comprehension. As a professor emerita, she currently takes part in reflecting on the different approaches of scientists, artists, and artistic researchers.

As her career as a researcher progressed, Hari became increasingly interested in what the brain is connected to, as it is not a separate organ in its own vacuum.

The brain interacts strongly with the body and its environment. In terms of evolution, motor functions are more primary than the senses controlling them. From this viewpoint, it is also interesting to consider how the brain, mind and consciousness are connected.

‘In order to get an overall picture, neuroscience must combine physiology, physics, biology, psychology, sociology and even arts and philosophy, all of which bring important perspectives to what a human being is.’

‘I am concerned about the wide gap that still exists between science and the humanities. Education is part of the problem. Specialisation begins already at school which means that students are already clearly engaged in careers when entering the university. I would like all students to take part in a ‘civilisation course’ for a couple of weeks at the beginning of their university studies, in which the best professors and researchers from different fields would describe the achievements of their own sector and, in particular, the unresolved problems. In addition to fostering profound specialisation, all levels of education should build and preserve a multidisciplinary approach, which will increase our understanding of the world, create a bigger picture and improve mutual understanding.’

‘The coronavirus has also functioned as an exercise in confronting other crises, and it has demonstrated that researchers must be able to change direction in an agile manner. The stronger the researchers’ methodological competence and the wider their general knowledge, the more successful this will be.'

At the moment, we need the expertise and insight of a number of other disciplines in addition to medicine. Even the best measures are unsuccessful without an informed civil society that trusts in science and research.’

Riitta Hari is a Doctor of Medical Science, Academician and Professor Emerita in Systems Neuroscience and Human Brain Imaging at Aalto University. She has published more than 400 peer-reviewed articles and various other publications, and has supervised 42 doctoral students. Hari has received numerous awards and recognitions from Finland and abroad. She has been a member of the Finnish Academy of Science and Letters since 1994 and a member of the National Academy of Sciences of the USA since 2004. In 2010, she was appointed an Academician of Science.