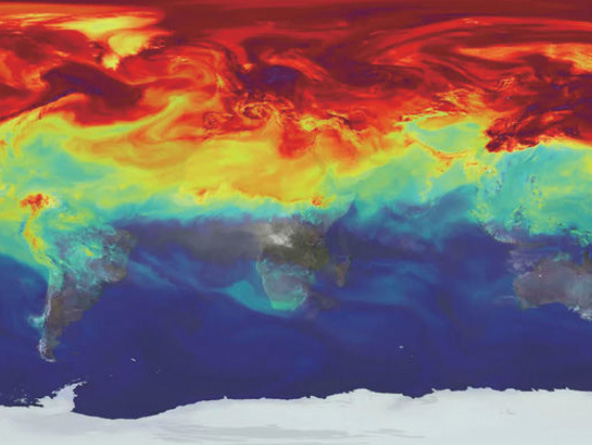 A new report confirms that negative emission technologies (NETs) offer only “limited realistic potential” to remove large amounts of carbon dioxide from the atmosphere and not at the scale envisaged in some climate scenarios.

In a new report Negative emission technologies: What role in meeting Paris Agreement targets? (EASAC policy report 35) by the European Academies’ Science Advisory Council (EASAC), senior scientists from across Europe have evaluated the potential contribution of negative emission technologies (NETs) to allow humanity to meet the Paris Agreement’s targets of avoiding dangerous climate change. They find that NETs have “limited realistic potential” to halt increases in the concentration of greenhouse gases in the atmosphere at the scale envisioned in the Intergovernmental Panel on Climate Change (IPCC) scenarios. This new report finds that none of the NETs has the potential to deliver carbon removals at the gigaton (Gt) scale and at the rate of deployment envisaged by the IPCC, including reforestation, afforestation, carbon-friendly agriculture, bioenergy with carbon capture and storage (BECCs), enhanced weathering, ocean fertilisation, or direct air capture and carbon storage (DACCs).

“Scenarios and projections that suggest that NETs’ future contribution to CO2 removal will allow Paris targets to be met appear optimistic on the basis of current knowledge and should not form the basis of developing, analysing, and comparing scenarios of longer-term energy pathways for the EU. Relying on NETs to compensate for failures to adequately mitigate emissions may have serious implications for future generations," state the European science academies.

In this new report, EASAC calls on all actors to strengthen mitigation measures, which are currently inadequate, rather than assuming that future technologies will be able to remove large amounts of carbon dioxide from the air. Given the unclear technical and economic viability of NETs, the EU should thus continue to be fully committed to mitigation as laid down in the EU's nationally determined contributions (NDCs) under the Paris agreement.

Scenarios without NETs show the great difficulty of reaching net zero emissions of CO2 in the second half of this century, as required in the Paris Agreement - which is why NETs have received much attention recently. However, the limited realistic potential for carbon dioxide removal (CDR) underlines the need to strive as hard as possible to mitigate emissions, to minimise any future need to resort to CDR. Specifically, the EASAC report recommends:

Climate scenarios that keep global warming within Paris Agreement limits rely on the large-scale application of NETs to remove carbon dioxide from the air on a huge scale. These technologies are intended to make up for the inadequacy of currently planned mitigation measures. NETs may have a useful role to play in addressing climate change; however, based on current information, they will not contribute at the levels required to compensate for inadequate mitigation measures. NETs implementation is also likely to be location-, technology-, and circumstance-specific. Moreover, attempts to deploy NETs at larger scales would involve significant uncertainties regarding the extent of the carbon dioxide removal which could be achieved. Deploying NETs at larger scales would result in high economic costs and likely major impacts on terrestrial or marine ecosystems. The dominant role assigned in IPCC Integrated Assessment Models to NETs (and in particular bioenergy with carbon capture and storage - BECCS) has yet to take fully into account these limitations.

Contact:
The Council of Finnish Academies
Panu Nykänen, PhD, Adjunct Professor
tel. +358 50 313 5112
This email address is being protected from spambots. You need JavaScript enabled to view it.

EASAC is formed by the national science academies of the EU Member States, Norway and Switzerland, to collaborate in giving advice to European policy-makers. EASAC provides a means for the collective voice of European science to be heard. Through EASAC, the academies work together to provide independent, expert, evidence-based advice about the scientific aspects of European policies to those who make or influence policy within the European institutions.

The Council of Finnish Academies is the national member of EASAC.