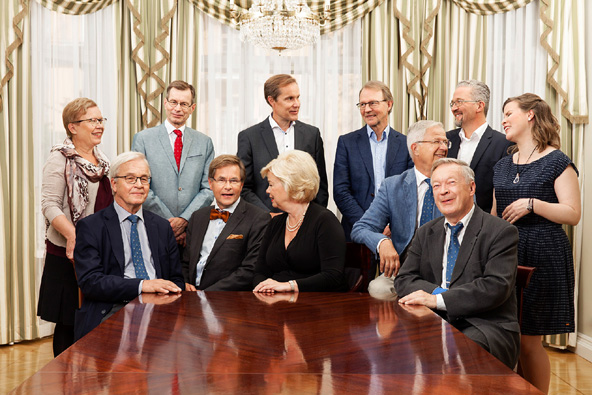 The Finnish Academy of Science and Letters is a registered association in which the ultimate power of decision rests with its Annual General Meeting. Two statutory annual general meetings are held every year, in spring and autumn, and extraordinary general meetings may be held as required.

The Academy has a Governing Board to represent it and attend to its affairs. The Governing Board manages its affairs and is responsible for drawing up its strategy, has nine members: the Academy’s President as chairman and Vice President as vice-chairman, the treasurer, the secretaries of the sections of the Humanities and Science, and four annually elected board members.

The Academy’s President and Vice President are elected from the sections of the Humanities and Science alternately for two calendar years.

The Secretary General is responsible for placing matters before the Governing Board and for putting its decisions into effect. This has been a full-time post since January 2016.

The office of the Finnish Academy of Science and Letters is located in Mariankatu in Helsinki.